Despite the increasing tightening of budgets and services, Authorities are being asked to do more with less. Videosoft has focused solutions for the real-life problems that concern your residents the most and about which they rightly complain when things don’t seem to be getting done.

Fly-tipping is something that, unfortunately, is rife across the entire country. Landowners have the power to fine or prosecute offenders for illegally dumping waste on their land. The problem is proving who is responsible.

A quick response is key to keeping an area rubbish-free – because unfortunately, rubbish attracts more rubbish. An Authority taking no action or slow to respond to the issue will find itself with dumping grounds on its hands.

The traditional solution is to target an area with a camera in the hope that the camera will deter or detect the suspects. While this is possibly better than doing nothing it still relies on human intervention.

An example would be a resident who gets fed up with seeing the dumped mattress outside their house for a week and rings to complain; the camera footage is reviewed to see if anything of use is captured. Hopefully, there is something of use, but by this time it will be at least a week old, and the resident is now complaining that other people have added to the initial dump.

A system that provides alerts as soon as a fly-tip has happened would solve the problem.

The Videosoft system is smart. It will monitor activity and is clever enough to know when someone dumps anything in the camera’s view. As soon our system “sees” the fly-tip it can take various forms of action. These could be emails or text messages or alerts to the control room.

Arriving directly into the inbox allows the service team and their manager to investigate potential fly-tips immediately. In addition to allowing the investigation to begin sooner, the tip can be cleared faster. It also increases the likelihood of the offender being identified and the risk of additional items getting added to the dump over the following days.

Local authorities and the Environment Agency both have a responsibility in respect of illegally deposited waste with certain obligations set out in the Environmental Protection Act 1990. Local authorities have a duty to clear fly-tipped material from relevant land in their areas and consequently they deal with the vast majority of fly-tipping on public land, investigating these and carrying out a range of enforcement actions.

Our rapid deployable camera with AI is designed to not only give a visible deterrent but also give accurate alerts and emails to relevant teams when a potential fly-tip occurs.

There is no complicated setup required and accuracy is extremely high – you will experience very few false alerts. Our cameras only need a power source to operate – this is usually taken from a lamp column but we are able to provide alternative solutions if this is not possible. Once the camera is in place it just needs to be pointed at the area to be monitored and told to alert if a fly-tip occurs. All of this setup is carried out remotely from a Windows application – the interface has been designed to be as accessible as possible and with minimal training, teams can access the full functionality of the system.

We are able to give our extensive experience in dealing with fly-tipping to maximise the results from our system. As you can see in figure 4.1 (© Crown copyright 2021) the majority of fly-tipping can be linked to a vehicle. Our system will give you the indisputable evidence to link an offence to a VRM – which will allow you to either issue a FPN in the post or take more serious action. 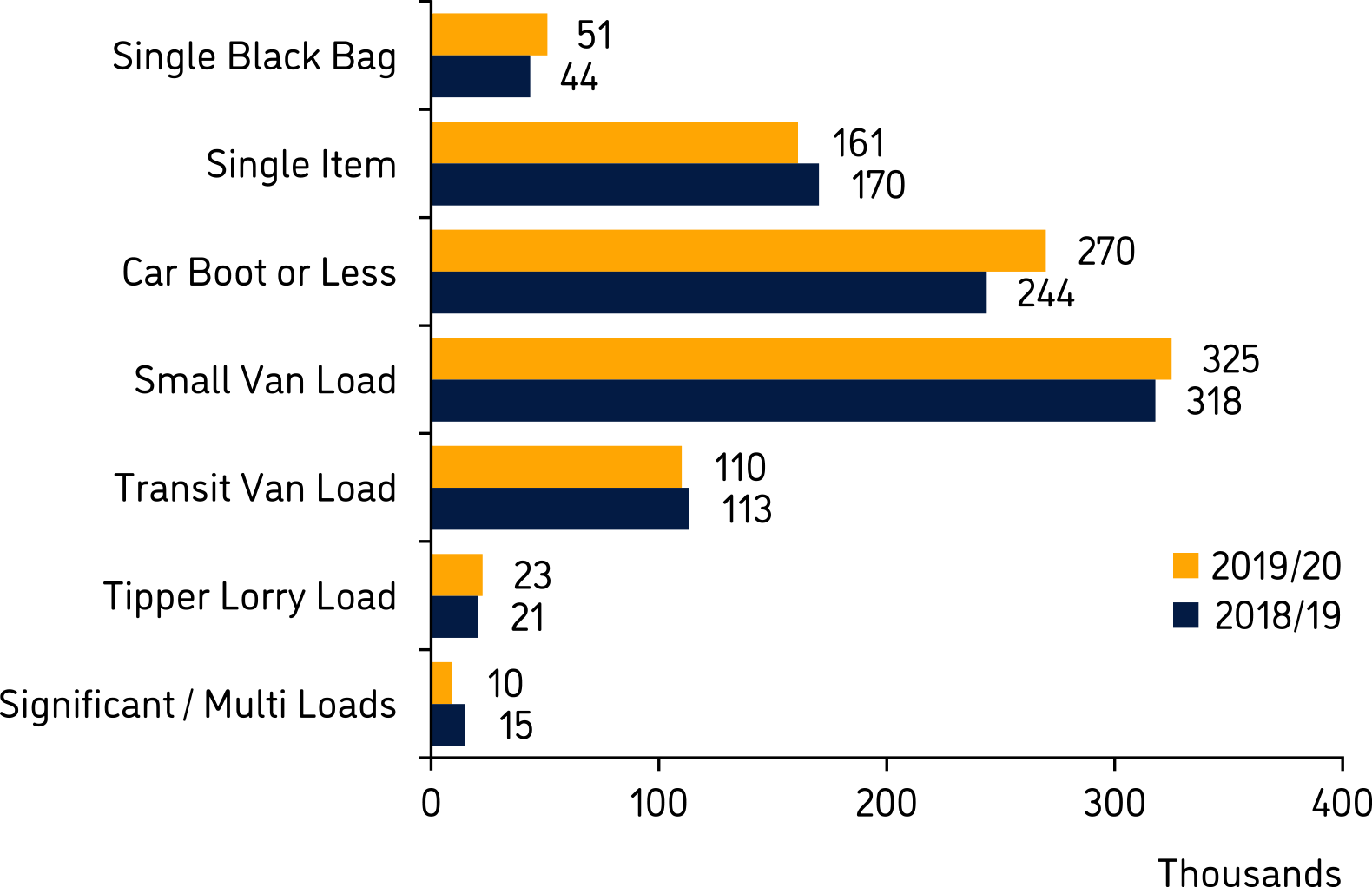