The ability to reliably capture and transmit live video via satellite or cellular can be critical to the success of the operation whether it be industrial or tactical.

“Streaming live video from uncrewed vehicles or ocean-going vessels is not straightforward, and you really need to know what you’re doing to pull it off successfully”, says Stewart McCone, CEO of Videosoft Global Ltd

“For a start, an intelligent transmission protocol is required to maintain connectivity. In addition to switching between satellite and cellular networks, variable signal strength, the topography of network masts, atmospheric conditions, satellite capabilities, speed, and other variables all impact the available bandwidth.”

Over the last few years, the satellite market has snowballed. Many commercial video transmission offerings that, at first glance, seem to be attractive are, in many cases, not fit for purpose.

The service can be expensive to use when transmitting video over satellite (on land or at sea). The amount of bi-directional bandwidth available could also be limited, generating high latency issues and video cut-outs. All of which is detrimental to the end result.

The Mayflower Autonomous Ship (MAS) project is an example of where barriers to success can and have been broken. 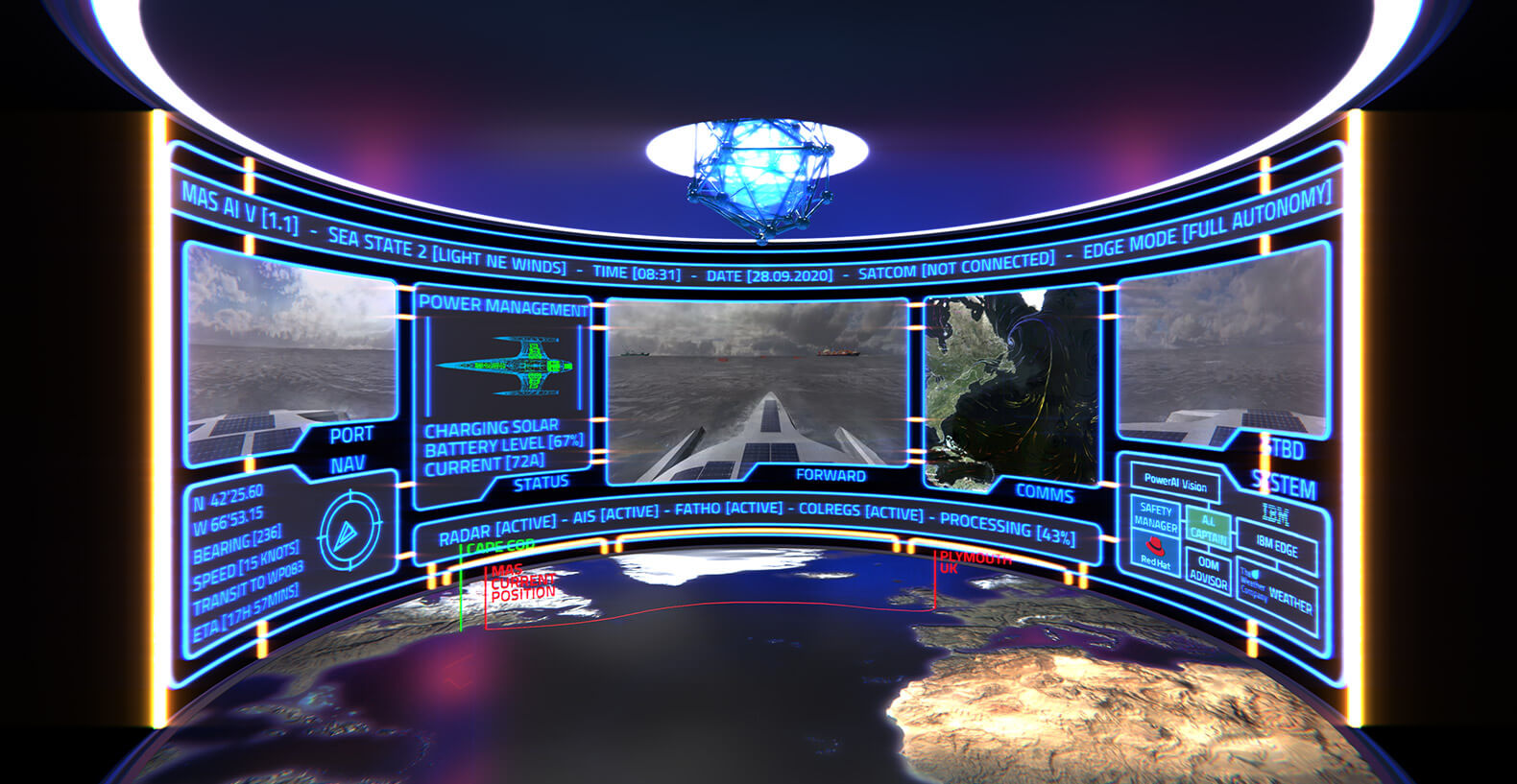 The international project is led by marine research organisation ProMare alongside IBM and Iridium, with other key design and construction partners including MSsubs, Aluship and Marine AI

The MAS sails using AI, Machine Learning and automation, skippered by an AI Captain, which sources and assimilates data as it constantly assesses its route, status and mission, making decisions about what to do next that are safe and in line with collision regulations.

Videosoft comes into play in this heady mix of current day Future Tech because of its cutting-edge video streaming solution’s ability to reliably stream video from onboard cameras and computer vision systems, constantly scanning the horizon for hazards as she sails.

Videosoft developed a system that delivered video from multiple cameras on the Mayflower, over the Iridium Certus satellite link back to mission headquarters in the UK via IBM’s cloud computing network. 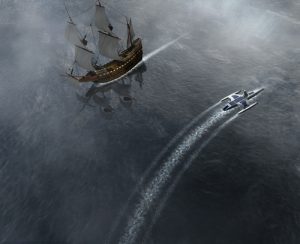 “It’s 400 years on from the Pilgrim Fathers, but this is a similarly brave new world we’re bound for. To say we’re totally thrilled to be involved in the Mayflower Autonomous Ship project would be an understatement” says McCone.

“By working alongside innovative and specialist companies who are experts in their field and have an intimate knowledge of what they are doing, Videosoft is enabling the ambitions of this multi-million-pound project.

The success of the voyage proved how Videosoft tech and know-how helped deliver on the project, connecting the Mayflower’s remote AI developers and research scientists to onboard cameras for real-time feedback and visuals of critical and interesting events during the mission.

Even in our knowledge-rich industry, not many people realised what can be achieved with satellite video streaming technology. But Videosoft have proved it can be done, and done successfully.

Not only is it possible, but it is relatively simple to put in place thanks to Videosoft’s easy to use platform. As with CCTV, IoT and surveillance applications, Videosoft’s ability to provide reliable video streams creates a real-time situational awareness that is critical to the operational success of projects such as the Mayflower.” 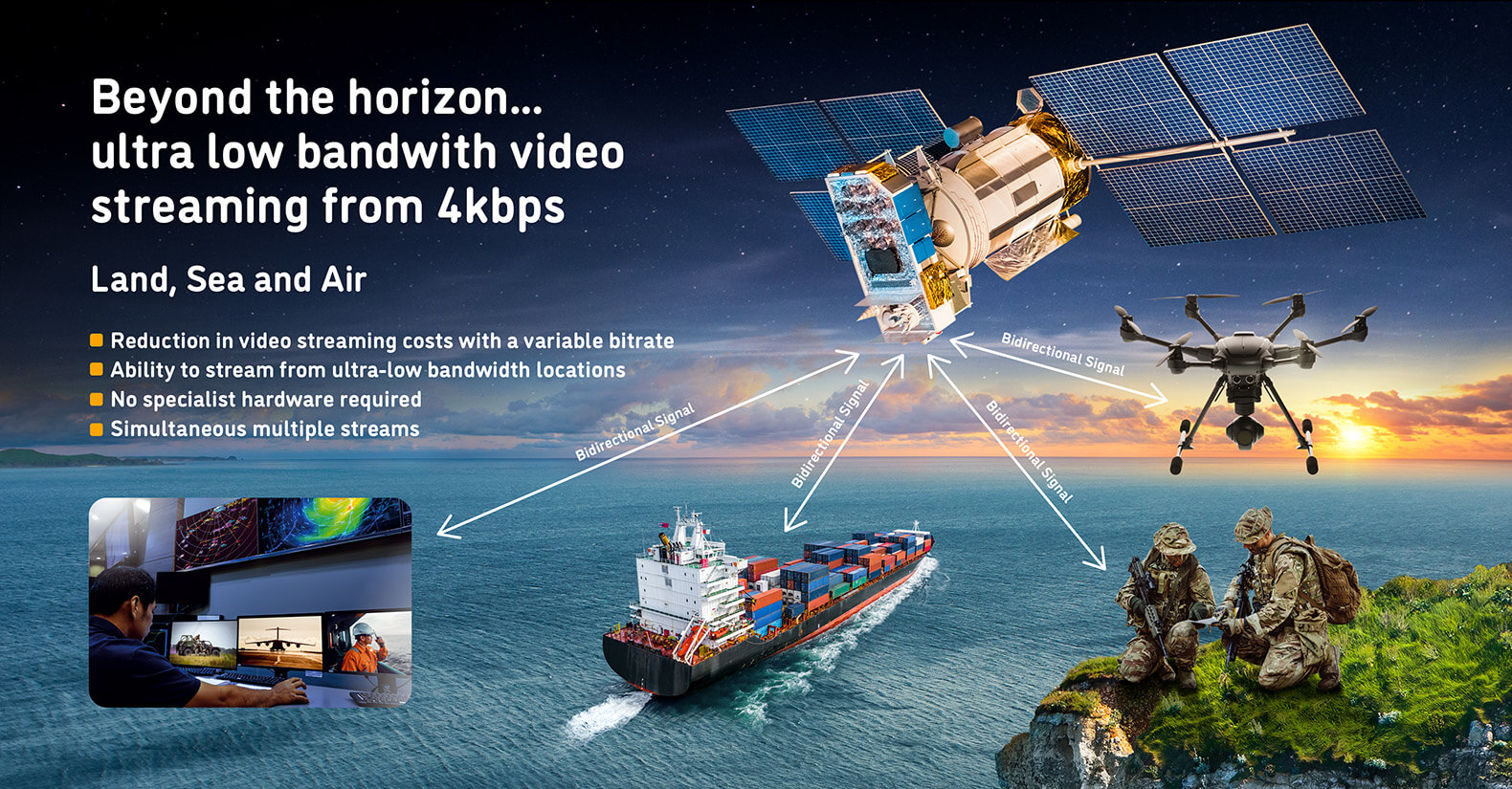 “The Videosoft vision has always been to get involved in pioneering projects such as the Mayflower and serves to underpin Videosoft’s mission statement of deploying technology to solve real-world problems at the highest global level, using video and remote services to make the world be a better, safer place”. McCone continues,

“We’re showing that this specialist tech does exist and that we can enable all Internet of Things (IoT) applications for the common good.

“If that interests you, come and talk to us.”